Over the last twenty years, average wages have been stagnant for the 80% in income segment.  The labor share of national income as a percentage of GDP has been at the lowest level in 50 years.  We think it is about time that labor receives its fair share.  One way to uplift income prospects for labor is to invest in them by raising their wages, skills training, and career development. Trillions of dollars of stock buybacks would be better invested by management to increase the income and career prospects of millions of workers.

Corporate executives use stock buybacks to increase the price of their shares without any material increase in value of the company.  Executive compensation packages are leveraged by providing significant bonus incentives in stock options if the company stock price increases. Stock option packages are one of the major driving factors contributing to average CEO pay of 350 times the average worker’s pay for S &P 500 companies. Instead of spending stock buyback cash on increasing wages, benefits, or career development, management is hyping their stock price to increase income for executives and wealthy stock owners. For 2019, corporations spent $400B in stock buybacks for the first six months of the year.  In 2020 due to pandemic cutbacks, stock buybacks dropped to about $250B for six months.  However, with the economic recovery in place, corporations have announced $683B in stock buybacks in just the first seven months of 2021! At the present rate, stock buybacks will total more than $1T for the year. 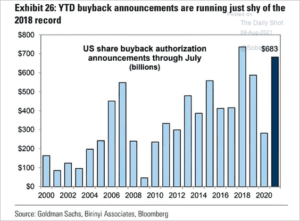 Stock buybacks drive the stock price up by reducing the number of shares available for trading on public exchange markets.  The company declares a stock buyback purchase and then buys the stock in the open market.  The company records the stock as an asset on its accounting books, and the stock is no longer available for public trading. If stock demand stays the same, the stock price goes up. Stock buybacks were illegal until 1982.  Before 1982 stock repurchases were declared ‘price manipulation’ by the Securities Exchange Commission (SEC).  In 1982, the SEC approved the ‘Safe Harbor’ provision to allow for stock repurchases if they were done at certain times during the trading day and reported quarterly.  In the past 13 years since the Great Recession, the number of stock buybacks has soared.

Employees in low-wage sectors like consumer discretionary which includes leisure, hospitality, and fast food, have experienced a wage gap with CEOs in 2020 of 741 times compared to the average worker’s salary, according to Statista.   Yet, as restaurant owners complain about their not having enough workers to rehire and open their restaurants, they have spent billions on stock buybacks for 2021.  Dominoes, Wendy’s, MacDonald’s, Chipotle, and Pizza Hut have spent $16B in stock buybacks.

Today, 12.1M workers are still on continuing unemployment, of which 7M are out of work for more than 27 weeks.  Long-term unemployed workers have a more difficult time getting rehired as their skills are viewed as old by hiring managers. Let’s change this downward income spiral for workers and labor in the real economy.

Labor’s share of national income is at the lowest level in 50 years.  Wages for workers in the 80% income group have seen their wages stagnate for the last 13 years since 2008.  It is time to end the Safe Harbor provisions regarding stock buybacks.  One trillion dollars in buybacks would be better invested in employee wages, benefits, training, and career development, raising the standard of living for millions of workers across the country.

Archegos Is the Tip of A Dark Trading Iceberg 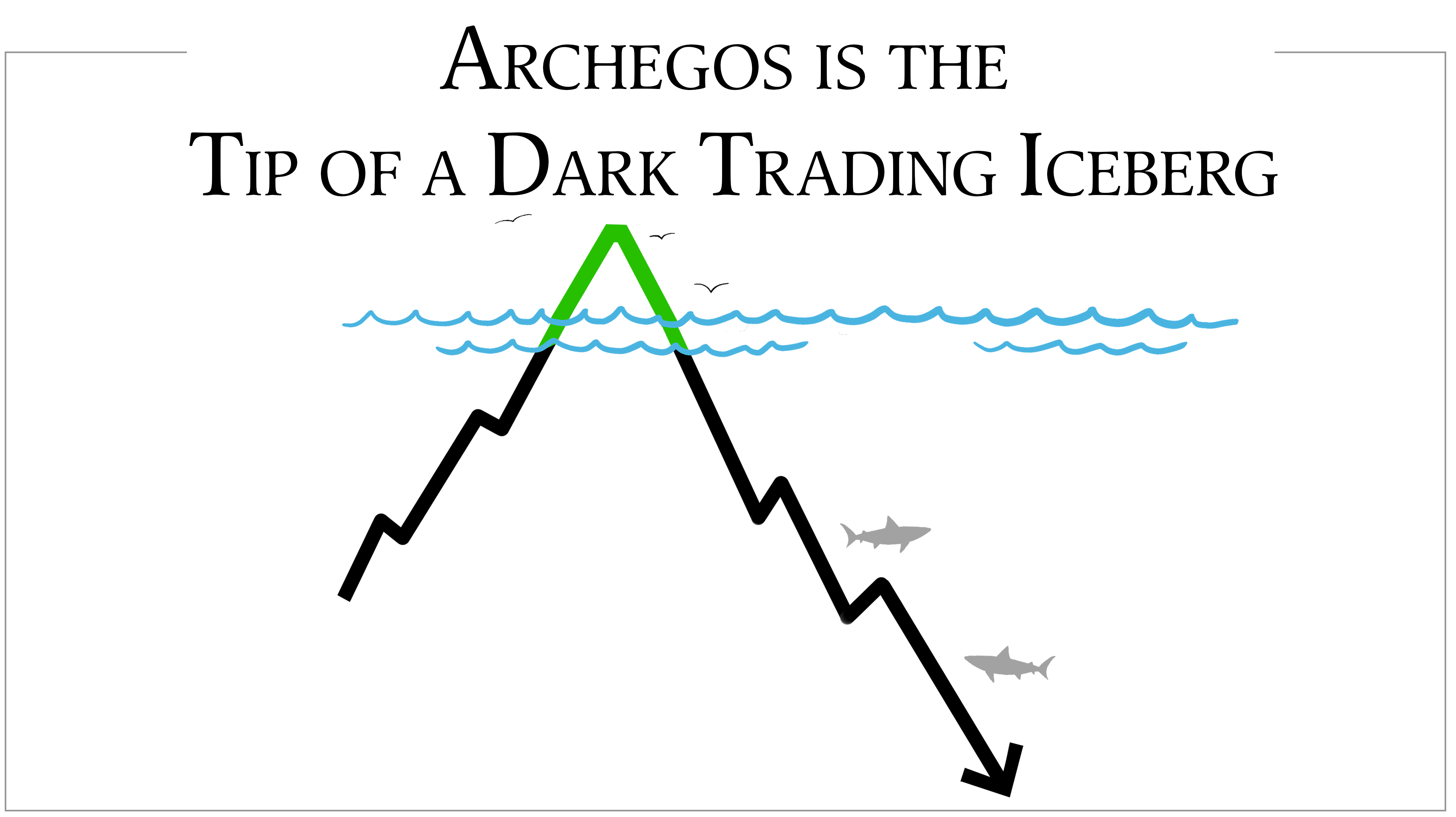 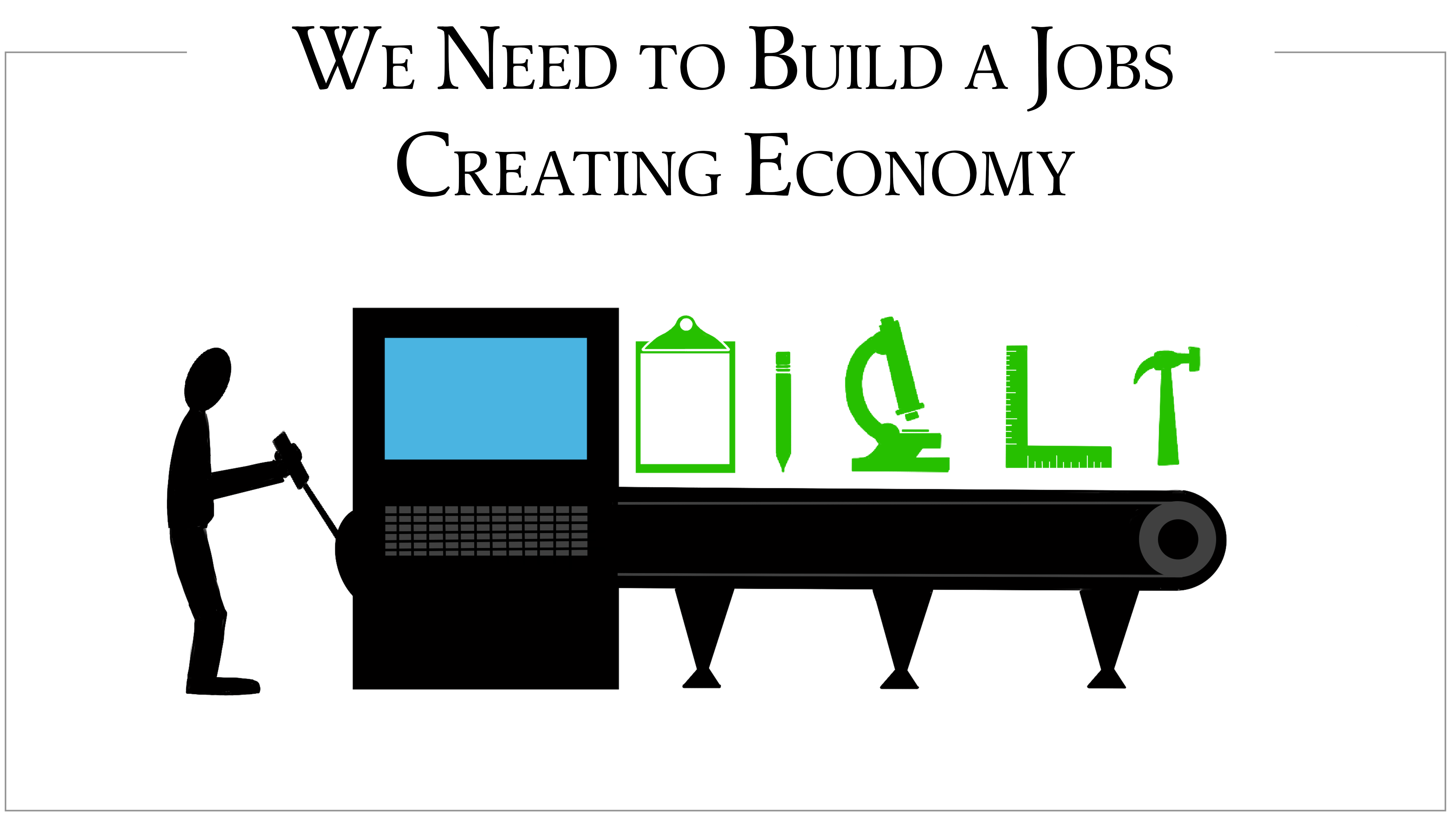